Billionaire space travel - what is the point?

Did you watch the recent launches into space by Sir Richard Branson and Jeff Bezos?

I watched it with my family, but like many others I was questioning what this really means to the rest of us ordinary people. I know many people think how the money spent launching just a few people to the edge of space, could be better spent especially as many countries around the world are trying to deal with the Covid-19 pandemic.

Supporters of the billionaire space race make two arguments in its favor. The first is a practical one. They argue that the battle for space dominance among these companies will lead to technological breakthroughs that will ultimately be utilized by people on Earth — just as the space race of the 1960s did. Others say companies like Blue Origin and SpaceX are a boon for science because their advanced new rockets open up new opportunities for research that cash-strapped space agencies like NASA aren’t able to complete on their own. The second argument in favor is more philosophical. Private space companies have reignited the world’s passion for space exploration, which had been dormant for decades, they argue. “We never want to lose our character as explorers, as adventurers,” Nelson said.

Critics say the billionaires are much more focused on personal glory and profit than they are on any benefits that might trickle down to regular people. If Bezos, Musk and Branson were truly concerned about benefiting humanity, detractors argue, they would put their vast wealth and ingenuity toward solving the many major problems facing people on Earth, like climate change, poverty and hunger.
Click to expand... 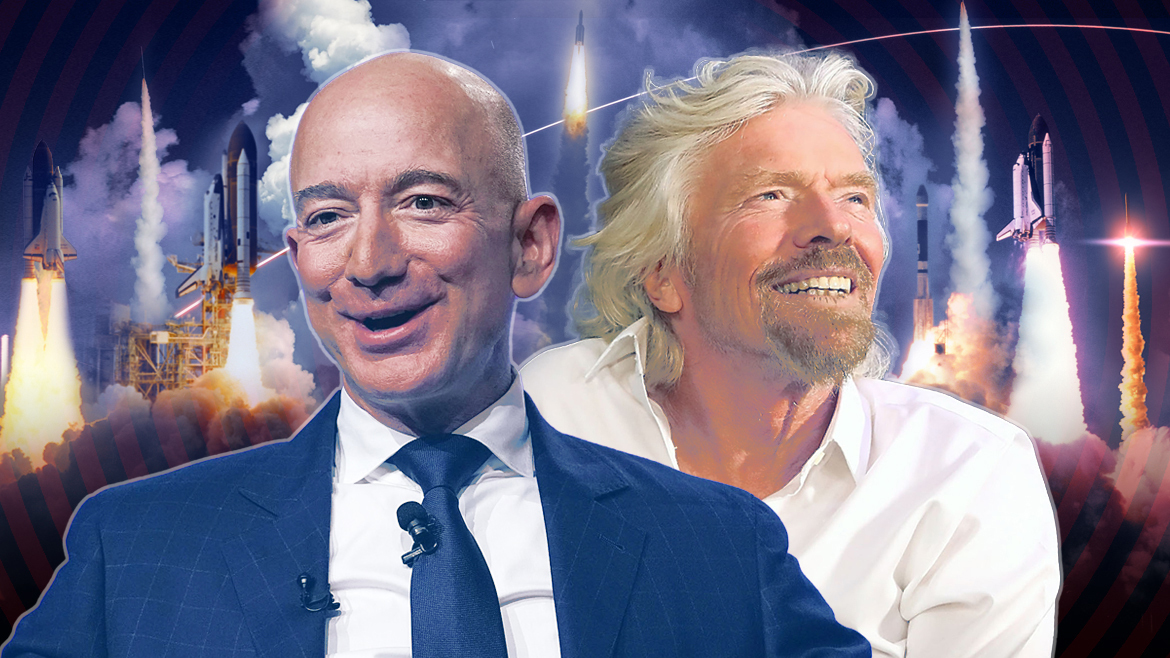 Billionaire space race: For all mankind or just themselves?

Jeff Bezos and Richard Branson insist that the advances made by their companies will benefit everyone, but critics say their interplanetary ambitions come from a combination of vanity and greed.

If we see history, it is true that general commodities we give now for granted, they started many times being luxuries many years, even centuries ago.
So I think yes, history can be repeated. One thing is unbridled luxury, a very negative thing, and another to go against any kind of luxury. These billionares may be helping progress.